A gastric bypass procedure will alter your digestive tract by reducing your stomach size and connecting the newly created pouch to the small intestine directly.

The smaller stomach pouch will help you feel full sooner and will reduce your hunger, while the bypassing of a portion of your intestine will reduce the energy absorbed from the ingested food, as well as the absorption of other nutrients. 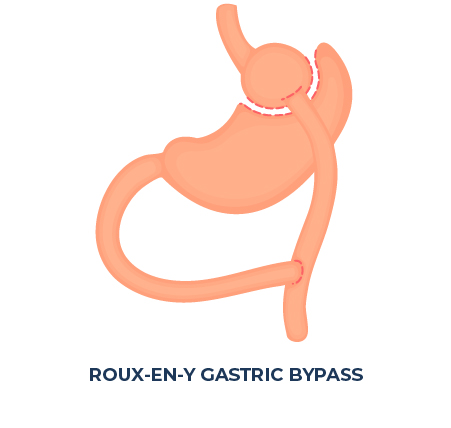 The surgery is mostly performed laparoscopically (keyhole surgery), unless required by the presence of multiple previous abdominal surgeries.

During surgery, we first fashion a small pouch out of the upper portion of the stomach.

We then cut the small bowel at around 70 cm from the stomach and connect it to the new stomach pouch.

In the weeks after surgery, you will have to slowly introduce more and more solid foods, starting from full clear liquids. You will be asked to eat very small amounts of food every hour throughout the day. Additionally, we highly recommend taking supplements to help your body absorb the nutrients from the small amount of food you consume.

Read our post-surgery diet information pack here to know more about the details of your diet after the procedure.

Every surgery has its potential risks, and here are the ones most commonly related to Gastric bypasses.

Changing and diverting the digestive system will lead to potential internal hernia sites. To avoid this, we stitch and close these sites, but this problem can’t be avoided completely. At SMS only 2% develop this complication.

Leaking from joints is another potential complication. Leakage after a gastric bypass is less dangerous than the one from a sleeve gastrectomy.

The most common leakage site is the connection site between the new stomach pouch and the small intestine. We usually do double layers of stitching to this site, to help prevent the incidence of leakage accidents.

We usually decline operating on patients who are not willing to stop smoking before surgery to avoid this complication.

Factors that might increase your chance of bleeding are:

Any surgery can lead to infection, either at the site of the surgery or other sites as consequence of surgery, like lung, urine, cannula sites —etc.

This risk of infection after a gastric bypass is very small and mitigated by our high operating standards.

Dehydration usually occurs in the first days following the discharge from the hospital. Depending on severity some might need to come back for intra-venous hydration.

Clotting is the formation of gel-like clumps of blood, and it can prevent the normal blood flow. We observe clotting in two areas:

Factors that might increase your chance of bleeding are:

Before surgery and while at the hospital, you will most likely receive Clexane (40mg) to prevent blood clots. Before your hospital discharge, we evaluate your case and if needed, we provide you with Clexane for 12 days.

Dumping syndrome is one of the most specific complication of this surgery. It can be avoided by following the post-surgery diet regimen thoroughly.

In this condition, the stomach “dumps” all ingested food into the first part of your small intestines faster than normal. The small intestine can’t absorb nutrients from food that has not been digested enough in the stomach, and this may cause nausea and abdominal cramps.

There are two types of dumping syndrome:

Early dumping occurs when a large amount of food drops into the small intestine. With the partially digested food, the stomach will also drop stomach acid.

The body will react by diverting blood from other organs to the intestine to help with the digestion process, causing drops in blood pressure and less blood flow to the brain.

Late dumping occurs when the ingested food that is being “dumped” in the intestine is rich in carbs or sugar. As it has not been digested as long as it should, the arrival of the food will cause a surge in the blood sugar levels. This will signal the pancreas to produce huge amounts of insulin, which will lower your blood sugar levels to levels below the recommended range (hypoglycemia). Symptoms are sweating, clammy skin, feeling of fainting.

Being well-informed about the symptoms and following your post-surgery dietary restrictions will prevent dumping syndrome.

Blind loop syndrome is caused by an overgrowth of bacteria in the intestine.

The overgrowth of bacteria might cause diarrhoea and augment the malabsorption effect of the gastric bypass. If symptoms remain, oral antibiotics might be needed.

You will need to adhere to the recommendations that our bariatric physician and dietitian will make in order to avoid a too low or a too high supply of nutrients to your body.

Iron is usually absorbed slowly and will need plenty of stomach acid to help its absorption.  After bypass surgery, the stomach acid is distributed differently, and this might cause a lower absorption of iron from ingested foods.

Vitamin B12 needs a special protein produced in the stomach to be properly absorbed. Therefore the level of vitamin B12 absorption will be affected by surgery.

Vitamin B12 is very important for our nerve cell function and deficiencies can lead to numbness or anaemia.

Calcium needs vitamin D and stomach acid to be absorbed in our bowel. A lack of calcium will cause weaker bones and can eventually affect the small glands behind our thyroid glands.

Vitamin D has other functions as well, influencing our immunity, skin and hair. Keeping an appropriate level of both is fundamental for good health.

Other vitamins, minerals, and trace elements are also disturbed unless proper replacement is ensured. 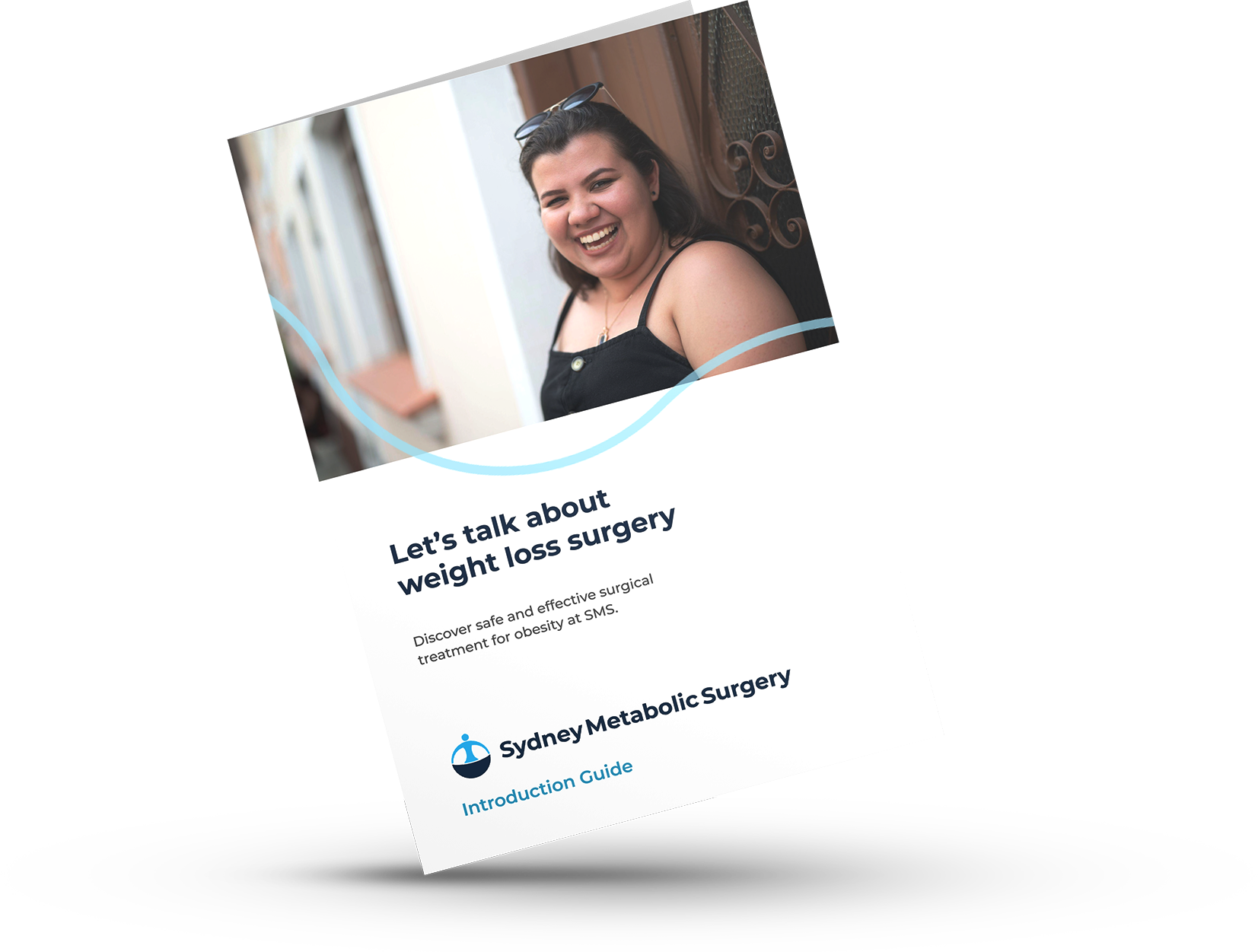